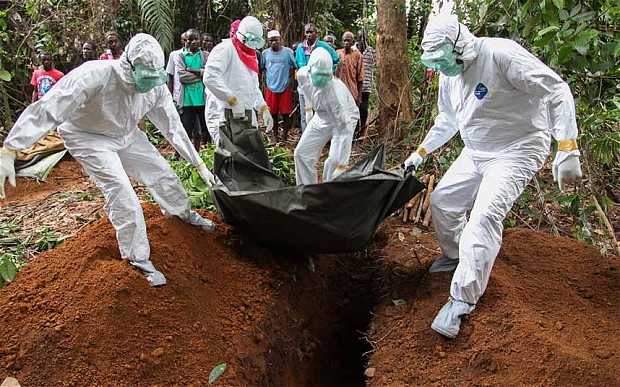 With concerns over the Ebola virus increasing daily and cases being reported in the US, it is now clear that if anyone thought it would be confined to West Africa, they were sorely mistaken. Meanwhile, Nigeria is on the verge of being given a clean bill of health by the World Health Organisation:

It is a bit puzzling that more advanced nations have responded in a rather panicked way to Ebola. They have had more time, and their public health infrastructure is much more advanced than what obtains in Africa.

Nigeria’s handling of its own Ebola outbreak has earned it a lot of good press, and rightly so. The sheer amount of work that went into tracking down primary and secondary contacts was described by the WHO as ‘world class epidemiological detective work’.

It had to be. Once the first case of Ebola was confirmed, there was an unprecedented awareness campaign on social media, radio and television, with everyone getting informed and putting the word out. Hand sanitizers became a must-have and the Catholic Bishops Conference of Nigeria (CBCN) directed the ‘shaking of hands’ during Mass in Catholic churches all over the country to be suspended, to reduce physical contact. That directive remains in place.

Even though the strike by resident doctors was ongoing at the time of the outbreak, the Lagos State government was able to put together a formidable response, one which is only now getting its due recognition from outside the country.

Expectedly, in an election season, there has been a mad dash to claim credit for beating the outbreak by the Federal Government. For his part, Governor Babatunde Fashola chose to mention people by name, the real heroes on the ground. Even though there is much that is wrong with Nigeria in every respect, there are still pockets of competence, and examples of what is possible when everyone does their part. The lessons learned here are already being passed on to other countries, lessons which are likely to form the template for responding to infectious diseases in future.

At this stage, however, I have two major concerns. First, I hope that once Nigeria and Senegal are certified Ebola free, that health authorities and the general populace do not just switch off and become slack in their vigilance. For as long as there are such a large number of cases, the chances of one person carrying an infection entering the country through land borders, airports, and seaports is significant. In the midst of intense politicking this election season, we must guard our gates.

My other major concern is for Liberia, Sierra Leone, Guinea and indeed Africa at large. Many African countries have been ravaged by war and corrupt, inept governance for decades, leaving behind little by way of public services. Liberia and Sierra Leone are two of the more extreme examples of this, and now Ebola has come to strip them of whatever claim they had of being sovereign states.

Health workers face risk of infection due to minimal protection, and on top of this are either attacked or bribed to leave the deceased with their families, instead of having them cremated to curb the spread. They have already gone on strike for an increase in their hazard allowances. Put together, it points to the fact that things will not calm down anytime soon. What international agencies are trying to do is become alternate governments overnight, a daunting task. In Nigeria’s case, the WHO and CDC had government officials ready to put in the leg work, and a population that imbibed the message and passed them along quickly. None of this exists in Liberia, Sierra Leone and Guinea. The best neighbouring countries can do is to make sure infected people do not cross over.

In much the same way a weakened immune system makes even a common cold problematic, weak and failed states face collapse under the weight of outbreaks like this, and the longer it goes without Ebola coming under control, the higher chance there is of that happening. Last month in Liberia, some ministers fled the country like rats leaving a sinking ship and were duly fired. It is not impossible that more will follow. The clock is ticking.

'The aim of an argument or discussion should not be victory, but progress.' — Joseph Joubert